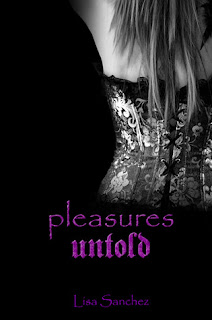 The Story: (From Goodreads) Hell hath no fury like a witch done wrong. Pissed off and packing an arsenal of witchy mojo, Martha is on the warpath. Determined to avenge the murder of her mother and grandmother, her mission is simple: kill every vampire, demon and underworld bastard she comes across, because one of those hell beasts might be the monster that stole her childhood from her. But when a sexy Latin vamp literally falls from the sky, saving her from becoming an undead Happy Meal, she has no choice but to reassess everything she thinks she knows.

Xan is an anomaly --a vampire born, not turned. A powerful warlock who walks in daylight, Xan spends his days, and nights, watching over Martha, protecting her from Lucian, the blood-sucking monstrosity whose sole mission in death is to drain her dry. Undeniable attraction and the promise of pleasures untold draw the two lovers into a frustrating dance of one step forward, two steps back. When Lucian throws down a deadly ultimatum, Martha is forced to choose between relying on her own mystical woo woo to save the lives of her stolen friends or succumbing to the lure of dark, voodoo magic. Xan and Martha must work together to save those closest to her and put an end to Lucian's reign of terror before it's too late.

My Review: As I stated in yesterday's review, I began reading this book immediately after finishing Eve of Samhain. I absolutely loved the first book of the Hanaford Park Series, and I was eager to read more from Lisa Sanchez.

We met Martha in Eve of Samhain, she was Ryann's newest roommate. She's a witch with a major attitude, and she has good reason for the chip on her shoulder. She is determined to kill every vampire or demon she comes in contact with- no questions asked.

Then she meets Xan, the sexy owner of the local nightclub, who just happens to be a rare creature- a vampire born (half vampire, half warlock actually). Martha is certain that Xan cannot be trusted in spite of his assurances otherwise.

Martha must quickly decide if she can trust Xan, for he may be her only hope of defeating Lucian, a vampire and the epitome of the evil. Will Martha accept Xan, or will she go her own way as she faces her mortal enemy in a fight to the death?

Pleasures Untold was a thrilling read from beginning to end. Again, Sanchez really puts together a great story with awesome characters. I only had one real issue with this book. Ryann from Eve of Samhain was Martha's roommate, and in that book, it appeared that Ryann and Martha had developed a close bond. Yet, Ryann is essentially nonexistent in this book. So, yes, I loved the story, it would have been great on its own; however, I spent a good deal of time saying "Well, I wonder what happened to Ryann and Quinn?" especially since Martha played a large role in helping them in Eve of Samhain. Yes, this was Martha's story, but I was disappointed that Ryann didn't show up at least once to "check up" on her former roommates.

Though I had that one issue with the book, I still found it to be enjoyable, and I read it in one sitting as well. I certainly hope that Lisa Sanchez has more in store for us. I can't wait to see what's next in the Hanaford Park Series.

(Want to read Eve of Samhain and Pleasures Untold? Check back tomorrow for an awesome Guest Post from Lisa Sanchez and a GIVEAWAY!)