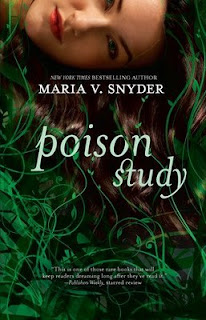 The Story: Like the deadly toxins sought out by the ill-fated food taster Yelena in Maria V. Snyder's debut novel, Poison Study is a powerfully compelling romantic fantasy that will slip under readers' skin, invade their bloodstreams, and seize their heartstrings.

Yelena, convicted of murdering the son of a powerful general, awaits execution. But with only a few hours left, she is offered an incredible reprieve -- and agrees to become the new food taster for Commander Ambrose, the military leader of Ixia. Living in a palace and eating only the best meals is a dramatic change for Yelena, who spent the last year locked up in a rat-infested dungeon, eating gruel. But she soon realizes that she has more to worry about than ingesting potentially lethal poisons in the commander's meals. The general whose son she murdered has vowed bloody vengeance, and everyone in the commander's retinue look at Yelena as an untrustworthy criminal. The longer she stays alive, however, the more she begins to understand her own perplexing abilities -- all of which will be put to the test when cunning rebels plot to take control of Ixia.

While many genre-blending novels seem to unintentionally dilute the literary domains involved, Poison Study is both a riveting romance and a spellbinding fantasy. The richly historied and vividly described realm that Snyder has created is completely convincing and large enough to encompass (hopefully) many more novels featuring Yelena, an enigmatic heroine with so many secrets and so much promise.


My Review: This is one of my favorite series and I am ecstatic to finally get to write a review. Maria V Snyder's writing is so descriptive, so in depth, that it is easy to image the world she has created and become attached to her characters.


In Poison Study, we are introduced to our series heroine, Yelena; she is in prison and is next in line for execution. Yelena is given a choice, she can become the new poison taster for the commander or she can be executed. She chooses to become the new poison taster, but it's not easy. To ensure her cooperation, Valek (the commander's assassin) gives her a drug every day and she must return the next day for another dose or she will die a slow painful death. He is also testing her constantly and if she fails, she's dead.


Yelena's life is in danger in more ways than one - the reason she is in prison is because she killed a general's son. The general is irate to say the least, when he finds out she is still alive. He orders his men to kill her, something happens during that attack that will send magicians to look for Yelena; they too plan on killing her. With her life always in danger, Yelena starts training with the commander's soldiers so that she can protect herself. Two of the soldiers Yelena trains with, Ari & Janco are probably my favorite characters in the series. They don't judge Yelena for what she has done and they add comical relief to the storyline. There is some romantic tension in this story but it's more toward the end of the book and in the sequels.


Maria goes beyond researching her character, she jumps head first into what she is writing about and you can tell. Her knowledge on the subject shines through in her writing which makes her a fantastic storyteller. Like I said above this is one of my favorite series and I would recommend (push) it on anyone. If you like adventure, magic, kick ass heroines and a little romance this is the book for you. 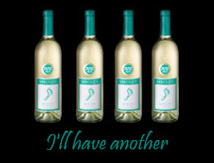 Sounds like a great read. I love when the side characters provide comic relief. They sometimes end up being my favorite characters.