The Mercy of This Air by Ronlyn Domingue 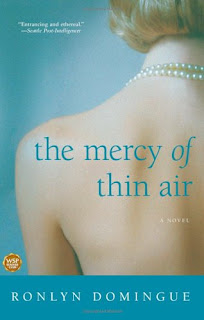 The Story: (from Goodreads.com)"In 1920s New Orleans, smart and fearless Raziela Nolan is in the throes of a magnificent love affair when she suddenly dies in a tragic accident. Immediately after her death, she chooses to stay between - a realm that exists after life and before whatever lies beyond it. From this remarkable vantage point, Razi narrates the story of her lost love, as well as the relationship of Amy and Scott, a young couple whose house she haunts seventy years later. Their trials finally compel Razi to slowly unravel the mystery of what happened to her first and only love, Andrew, and to confront a long-hidden secret." The Mercy of Thin Air entwines two tragic and redemptive love stories that echo across three generations and culminates in a startling finish that will leave readers breathless. From plucky, forward-thinking Razi, who illegally slips birth control guides into library books, to hip Web designer Amy, who begins to fall off the edge of grief, to Eugenia, caught between since the Civil War, the characters in this ambitious and original debut sing with life, as well as Southern flair"

My Review: The story moves back and forth between memories of Razi's life before she drowns in the late 1920s and her observations on the present, over seventy five years later, where she lives "between" life and death. The entire concept and development of the in "between" in this story is excellent. The entire story is narrated by Razi from the in "between". There are others like her, and their wisdom and stories is sprinkled through out the stories. The story is compared with The Lovely Bones, but I highly disagree with that comparison. They both have ghost in them but that is where the similarities end.

This story is fill of twist and turns, a haunting loneliness, redeeming love and a surprise ending. This is the authors first novel and she does an excellent job. The story brings together Razi's story with the modern day story of Amy and Scott. Throughout the book their stories slowly intertwine. The written words are beautiful and the story has a natural flow to it. I am quite sure that I have never read a story that had a ghost as the main character and enjoyed it as thoroughly. I read this book over a 2 day period. Excellent reading and I highly recommend this book if you are looking for something different to read. 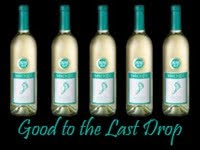 Carrie at In the Hammock Blog said...

I looooved this book! I checked it out from the library and then had to buy my own copy :) Great review!

Great review Amy. I believe I need to add this to my "to read" list!