Review & Giveaway: Risk it All by Stan Stamper 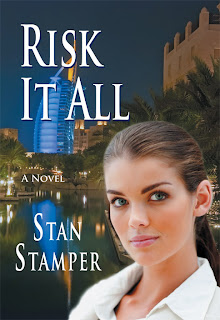 The Story: Pitting billionaire terrorist thugs against a rookie CIA agent would normally be the prelude to a hasty funeral. But Carissa Johnson defied the odds to survive not one, but two years before she had to play a trump card...a 9 mm bullet.


What not even the CIA saw coming was Tanner Stone, the gorgeous hunk who would steal her heart. Special Agent Carissa Johnson was stunned to learn the West Point grad was a Special Forces Commander on direct assignment by the President- to identify the woman who was laundering the dirty money from power-crazed Sheiks on the Arabian Peninsula- HER!


When cornered by al Qaeda kingpins, Carissa puts her life on the line for a politician she despises, in hopes of saving the only man who ever touched her heart.


My Review: I don't know if I love this book more becuase of what has happened in real life, or becuase I have an appreciation for military life. BUT I really enjoyed this book!! Carissa understands what it means to be a patroit. She loves her country, maybe not the president, but it doesn't matter. As you read it, you can't help but imagine that it could really happen. And Tanner, sure makes someone swoon! Maybe it's because a girl always loves a guy in uniform. 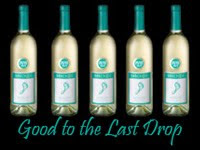 Now for the giveaway:

It's opened to US and Canada.
There will be two winners!
You must be a follower to enter.
It'll end May 8th at midnight EST.

Email ThisBlogThis!Share to TwitterShare to FacebookShare to Pinterest
Labels: Giveaway, Risk it All, Stan Stamper