The Story: (From Goodreads.com) Somewhere in South America at the home of the country's vice president, a lavish birthday party is being held in honor of Mr. Hosokawa, a powerful Japanese businessman. Roxanne Coss, opera's most revered soprano, has mesmerized the guests with her singing. It is a perfect evening until a band of terrorists breaks in, taking the entire party hostage.

But what begins as a life-threatening scenario slowly evolves into something quite different. Friendship, compassion, and the chance for great love lead the characters to forget the real danger that has been set in motion and cannot be stopped.

Ann Patchett has written a novel that is as lyrical and profound as it is unforgettable. Bel Canto is a virtuoso performance by one of our best and most important writers.

My Review: Although this is an award winning read, as many reviews wrote I was not moved with this book. The writing style was beautiful but the events that were loosely based on a hostage situation in Peru left me wanting something more believable. The authors spin on the blot seemed improbably, and the twist and turns in the story were at times forced. Ann could have done so much with this story that she didn't. She did not explore in depth the reasons why the terrorist felt the need to take over the vice presidents residence, the love affairs that arise where there are language barriers are unrealistic.

I could have overlooked the other flaws in the book due to the excellent writing style and beautiful language if it were not for the ending. I would not be surprised to learn that this book had another ending originally. The ending that went to print came out of no where and seemed like it was written by someone else, as an after thought. It was out of place, horribly written and very disappointing.

Although I remain a fan of Ann Patchett and I do not think this is her best work. 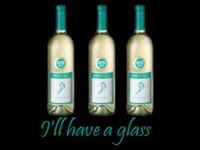