Taboo Kisses by Gracen Miller Blog Tour and Give away 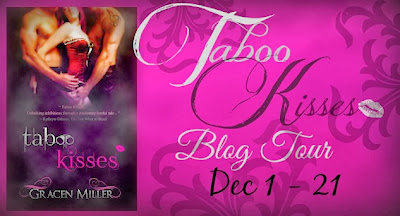 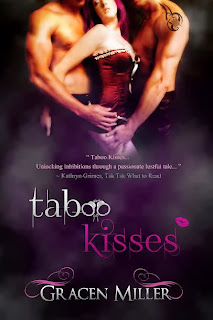 Dispatched to the mortal realm from Atlantis to seek the source of a brewing rebellion, Sameya is thrown for a tailspin when she discovers her fated mates. As a siren her songs entice mankind and immortals alike to their death. She’s stunned to be seduced by a taboo union with a tiger-shifter and vampyr. Mating the pair could complicate everything and threaten her freedom. Fueled by her duty to Atlantis, Sameya rejects fate’s wisdom and refutes her attraction to the men.

Gabriel and Maximus have been searching for their mate for centuries. Neither expected the siren they were hired to find would deliver more than a lucrative payday. Frustrated
by Sameya’s aversion to their mating, the men anticipate an empty future if she refuses to complete their union. In a rash move Maximus seizes Sameya and holds her captive.

Taboo Kisses…when the siren is serenaded with temptation.

Trapped and at their mercy, Sameya is bombarded with pleasure. Can her mates convince her to take a gamble on their taboo union? With danger lurking in the shadows, will the choice be taken from her? MY REVIEW: OK if you are not 18 or older, this book is NOT for you!
However, if you love kinky hot crazy sex, this book IS for you! I don't blush easily and let me tell you what, not only was I blushing but sweating like crazy! There may have been a little panting going on too. Honestly.This book is not like anything you usually read. THAT is what makes it so great. Gabriel and Maximus are the last two beings on this Earth to find out they are mates. A tiger shifter and a vampyr they have NO choice in the matter. The instinct is too strong to deny them. They make a great couple too. They know they are good for each other and enjoy every bit of one another. However, they know that they are missing the third side of their triangle. Not a usual match up to be mated in a three way relationship but they know their mate is out there. When they find her, they go through hell trying to convince her stubborn self that they are meant for her.Being a Siren, Sameya is not only set in her ways but also used to being a loner. Her current career keeps her well occupied and busy in Atlantis. After getting a taste of the amazing love and pleasure she experiences with Gabriel and Maximus, will Sameya accept her fated mates and complete the triangle that is meant to be or will her career keep her away from her destiny? Read TABOO KISSES and find out!

Empress’ delights, she disliked the jumbled way he made her feel. Confused one moment and aroused the next. “What is your name?”

Her breathing died, then escalated. She forced a lame-ass sounding laugh past her lips.

“Don’t get cocky. I’m not into leeches.”

“Don’t disqualify me from the running.” He sidled closer, aligning his body against hers once more, but maintaining space with his palms on the mausoleum on either side of her head. “Not when Gabriel and I haven’t had the gratification of making you come…yet.”

She gasped, her eyes rounding at his foregone conclusion. “Better men than you have tried.”

“None of them were your mates.”

“Wait! Mates? As in plural?” She flattened her hands against his chest to push him away, but forgot to add pressure. The hard contours of his body fascinated her more than was practical. “That’s…insane.” But gods the idea fascinated her. “Sirens don’t partner outside our race and we certainly don’t have more than one partner.”

Sameya didn’t realize she spoke the thought aloud until the vampyr thrust both his hands into her hair. After he had her anchored into position, he shifted closer, widening his stride to fit her pelvis between his legs. His hard-on nestled against her abdomen as he tilted her head back by her hair.

“No more insane than a vampyr mating a shifter.” His mouth landed on hers. He nibbled on her bottom lip, licked the corners and crease. Distracted by the exhilarating sensations, she was unprepared to counteract his move when he placed the pad of his thumb against her chin and tugged, parting her lips for his tongue to thrust inside. 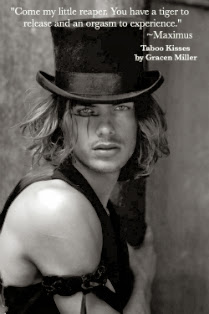 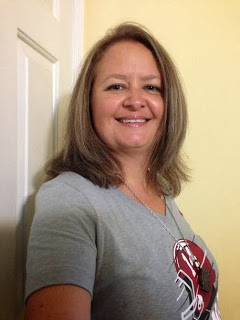 Gracen is a hopeless daydreamer masquerading as a “normal” person in southern society. When not writing, she’s a full-time basketball/football/guitar mom for hertwo sons and a devoted wife to her real-life hero-husband. She’s addicted to writing, paranormal romance novels, movies, Alabama football and coffee…addictions are not necessarily in order of priority. She is convinced coffee is nectar from the gods and blending coffee and writing together generates the perfect creative merger.

Many of her creative worlds are spawned from coffee highs. To learn more about Gracen and her writing or to leave her a comment, visit her at the following sites:


Where you can stalk me—not really!—but I would love to meet and interact with you


a Rafflecopter giveaway
Posted by Unknown at 12:01 AM